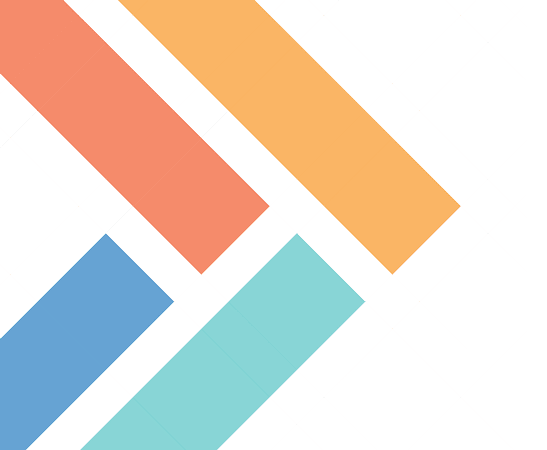 This program serves youth students in Harford County, Maryland. Orchestral experiences will be designed for serious students, ages 11-18, or grades six-through-twelve. Activities focus on developing skills and lead to public performance as a culminating event.

Membership in the Harford Youth Orchestra is open to all high school (9-12 grade) string, wind, and percussion students currently enrolled in their school orchestra program, if available.

HYO members will be seated by the HYO Conductor.

Membership in the Harford String Orchestra is open to all middle school (6-8 grade) string students currently enrolled in their school orchestra program. Students younger than 6th grade who have studied their instrument for at least three years are encouraged to audition for the HSO.

Audition material will be emailed to students after they have registered for HSO. Students who have not yet been accepted into HSO may be asked to play scales including D, G, C, A, and F major in addition to their prepared excerpts. If you would like to bring a separate piece to play to showcase your skills, you may do that in addition to the excerpts and scales.

These concerts are free and open to the public.

Ms. Anne Pape has been the Orchestra Director at Edgewood High School and Deerfield Elementary School in Harford County, MD for the past sixteen years. In addition to teaching orchestra, she is also the Director of the Edgewood High Guitar Ensemble. Her guitar ensemble has presented at the Maryland Music Educators Association Conference and she was honored as the Edgewood High School “Everyday Hero” at the Greater Excellence in Education Foundation Gala in 2012.

Ms. Pape holds a Bachelors of Music in Music Education from Shenandoah University where she studied violin under Olivia Hajioff and Marc Ramirez.  She completed her Masters of Arts Administration from Goucher College in 2006. Ms. Pape holds a National Board Certification in music. In addition to her work with Harford County Public Schools, Mrs. Pape maintains a busy private studio of violin and viola students. She is a strings specialist, music theory instructor, and assistant camp director for “Summer Strings” the HYO summer music camp.

She can be heard performing with the Susquehanna Symphony Orchestra in Bel Air, as well as at a variety of venues throughout Maryland, including many times at the Southern Maryland Celtic Festival. She can also been seen in a documentary filmed for Maryland Public Television, War of 1812 on the Chesapeake: Home of the Brave, which originally aired in June of 2012.

Mr. Brian Folus assumed the podium of the Harford Youth Orchestra starting Fall 2005. Mr. Folus is also Founder of the HYO/HSO summer music camp- "Summer Strings”. Mr. Folus has been a Harford County Instrumental Music teacher since 1985 and retired in 2019 after 34 years teaching in Harford County.  Mr. Folus is also on the Music Faculty of Harford Community College where he teaches string lessons. Mr. Folus is the founding conductor of the Harford String Orchestra. Previously Mr. Folus was the Orchestra Director at Bel Air High, Bel Air Middle and Homestead-Wakefield, Elementary Schools. Mr. Folus has also taught at Fountain Green Elementary School, Southampton Middle, Magnolia Elementary, Bel Air Elementary, Joppatowne Elementary, and Joppatowne High School and Red Pump Elementary School. Mr. Folus was the "pit" conductor for John Carroll High School for four seasons of Spring Musicals and the Orchestra Director for one year.
Mr. Folus received his Bachelor of Music Education in 1985 from Towson University; he earned his Master of Music Degree from West Chester University, PA. in 1993. Mr. Folus has also completed an additional 30 graduate credits at the University of the Arts in Philadelphia.

Mr. Folus has written several arrangements for the Harford String Orchestra including The Turtle Dove, and the Hanover Chorale and an original composition "Summer Breezes". Mr. Folus' arrangement of Symphony No. 1 by William Boyce has been published by Highland-Etling Publishers the String Orchestra division of Alfred Publishing.

Mr. Folus has been Principal bassist for the Susquehanna Symphony Orchestra for many years. He has also been a frequent Guest Conductor of the SSO. Mr. Folus has also arranged “A Hanukkah Celebration” for the SSO which was premiered December 8, 2012 and “Taste of Hanukkah” which will have its  premier performance December 2021. Mr. Folus has been a guest Clinician and Conductor in several counties in Maryland and was selected as the Harford County All- County Middle School Orchestra conductor for the 2017-2018 school year and has been chosen to to be the Harford County All County High School Orchestra Guest Conductoro for 2022. Mr. Folus lives in Bel Air with his wife and children.

Mr. Folus is pleased with the growth of the Harford Youth Orchestra and Harford String Orchestra and hopes to see the orchestras continue to expand.

Ms. Wesley Thompson was conductor of the Harford String Orchestra from Fall 2014 to Spring 2018. Ms. Thompson is a graduate of the Peabody Conservatory of the Johns Hopkins University where she received a degree in Double Bass performance and Music Ed certification studying under NSO bassist Jeffrey Weisner and Harlan Parker, Peabody Youth Orchestra and Peabody Wind Ensemble conductor. Along with conducting the Harford String Orchestra, she is currently the orchestra director at Sudbrook Magnet Middle School in Baltimore County and maintains a substantial private double bass studio in the Baltimore area. Along with teaching public school full time during the year, Ms. Thompson is also the General Manager of Peabody Bass Works and faculty and co-founder of the Basstravaganza Camp during the summer.  Ms. Thompson is also proud to be Principal bass of the Hunt Valley Symphony, Manager of Maryland Junior All State Orchestra and the Managing Director of The Evolution Contemporary Music Series in Baltimore. When she’s not teaching or performing, Ms. Thompson loves to pursue her favorite hobby, baking for her friends and family.

Mr. Tim Reinhardt, was conductor of the Harford String Orchestra from 2005 to Spring 2014, received his Bachelors of Music degree from the University of Cincinnati College-Conservatory of Music and is presently pursuing a Master’s degree from Towson University. After teaching at Bel Air Middle School, he is now the director of orchestras at Hammond Middle School in Howard County. He presently conducts the Howard County High School GT Orchestra as well. He has conducted the Chamber Orchestra and the Young People’s Orchestra at the Baltimore String Orchestra Camp, and has conducted Harford Youth Orchestra on several occasions.

As a violinist, Mr. Reinhardt has performed with the Susquehanna Symphony Orchestra and is a freelance musician in various recitals and events in the metropolitan area. He has also performed with the Cincinnati Community Orchestra, and was a member of the Lucca Opera Theatre Orchestra in Lucca, Italy. He studied violin with Zoltan Szabo and Piotr Milewski.

Mr. Reinhardt is a frequent adjudicator for the Maryland All-State Orchestra and for various county Solo and Ensemble Festivals. He also composes music for various ensembles such as young orchestras, adult symphony orchestras, and steel drum bands.

Mr. Reinhardt attended the Peabody Conservatory of Music in Baltimore, Maryland from which he earned his Bachelor and Master of Music degrees. He retired in 1998 from Baltimore County Public Schools after 32 years of teaching instrumental music at the elementary, middle, and high school levels. Coming out of retirement he became Band and Orchestra Director at The Catholic High School of Baltimore and maintained a private clarinet studio at his home.

Mr. Reinhardt served for 18 years on the staff of the Maryland Summer Center for the Arts at Goucher College where he was woodwind instructor and director of the Jazz Ensemble. He is a past president of the Susquehanna Symphony Orchestra and was a member of The Opus V Woodwind Quintet, and the Chuck Baker Big Band. He was an active adjudicator and guest conductor throughout the state. His orchestras and bands traveled eight times to Boston, Nashville, and Toronto, successfully competing in national and international music festivals.

Mr. Reinhardt received the 1994 Class Teacher of the Year for Parkville High School an award given by the Maryland State Senate. He was chosen the 1997 recipient of the Maryland Music Educators Association Award for Excellence for the North Central Region and received an honorary membership in the Nelson F. Hurley Chapter of the National Honor Society of Parkville High School in 1998.