While there have been significant changes since the late 1950s, Marjorie Edwards Markley and Charles William Hess share a similar academic experience

When Marjorie Edwards Markley watches her grandson, Charles William Hess, receive his associate degree in history from Harford Community College on May 27, he will be following in her footsteps.

Sixty-two years ago Markley was a member of the first graduating class. She and three other classmates received their associate degrees at a commencement ceremony that took place the evening of June 11, 1959, at 8 p.m. at what was then called Harford Junior College located at Bel Air High School.

In 2021, the ceremony will be held virtually because of the pandemic. Graduates are invited to sign up for a "stage walk" photo opportunity in early May. Those who participate will walk across the stage to receive a scroll from Dr. Theresa B. Felder, president of Harford Community College, and video of the "stage walk" will be included in the virtual commencement ceremony that takes place May 27.

In 1959 there were four graduates. Three of the four graduates majored in teacher education; the fourth, in business administration. All four went on to continue their education at other colleges. In 2021 there will be approximately 750 graduates.

While the commencement ceremonies of grandmother and grandson are different, the two have experienced Harford Community College's commitment to academic excellence.

Markley, who grew up in Jarrettsville and attended North Harford High School, said, "I knew throughout high school that I wanted to go to college to become a teacher. I saw the new college (Harford Junior College, now Harford Community College) as my chance."

Harford Junior College opened in the fall of 1957. Classes were held at Bel Air High School for the first seven years before moving to the current Thomas Run Road campus. Classes began at 4 p.m. and ran until 10 p.m. According to Markley, students attended from all over Harford County, and they ranged in age from 18-45. "The College was providing a needed community service," she said.

As for her two years at the College, "I always took a full load of classes. The classes were small since we were so new. The instructors were very pleasant and helpful," Markley explained. "My physical education/health instructor became a good friend of mine over the years. He was my counselor as well as instructor."

After graduating from Harford with an associate degree, Markley transferred to State Teachers College at Towson (as Towson University was known at the time) where she majored in secondary English and social studies. Her studies at Harford Community College set her up for success at Towson. She graduated exactly two years after receiving her degree from Harford, on June 11, 1961.

Her grandson, who is in Harford Community College's Honors Program with a 4.0 GPA, will transfer to Towson University's Honors College in the fall, where he will pursue a bachelor's degree in history before attending law school, hopefully at Vanderbilt University in Nashville.

"I am very proud of my grandson who will graduate in May. He chose Harford for the same reasons as I," Markley said. "He has worked hard and highly achieved under the school's leadership and tutelage. He has enjoyed the healthy debate and open discussions with several of his teachers and classmates."

"The fact that he will be going to Towson University in September makes me very happy," she added. "He will continue to receive the same sturdy, intellectual background needed to study law, his next step."

After graduating from Towson, Markley taught for several years at Hereford High School in Baltimore County and at Bel Air High School. In 1974 she returned to her alma mater, North Harford High School, to teach English to 10th, 11th and 12th graders. She remained there for 22 years and was inducted into the Harford County Public Schools Educator Hall of Fame in 2002.

"Going back to North Harford High School as a teacher was like going home. North Harford has always had a reputation among teachers as being a good school to teach in, and so many of my 'old teachers' were still there. They made me feel very welcomed and many of them showed me the ropes," Markley said. "Several teachers at North Harford also, like me, had returned there to teach, even the principal, Joe Evans. It was like old home week every day."

In addition to teaching, Markley was also a senior advisor for many years, working with the senior class on their many activities--commencement, prom, homecoming and many fundraisers.

She encouraged her students to consider Harford Community College.

"My encouragement to attend Harford Community College was especially to those students who could not afford the more expensive schools, and/or who weren't sure if they really wanted to go to college," Markley explained. "Basically, it is the same way I started out, and like me, many completed their stay there and moved on to higher education and careers."

Her advice to high school students looking to the future is simple. "Harford Community College today is wonderful. It has so much to offer. Do not overlook Harford. It's a good school!" 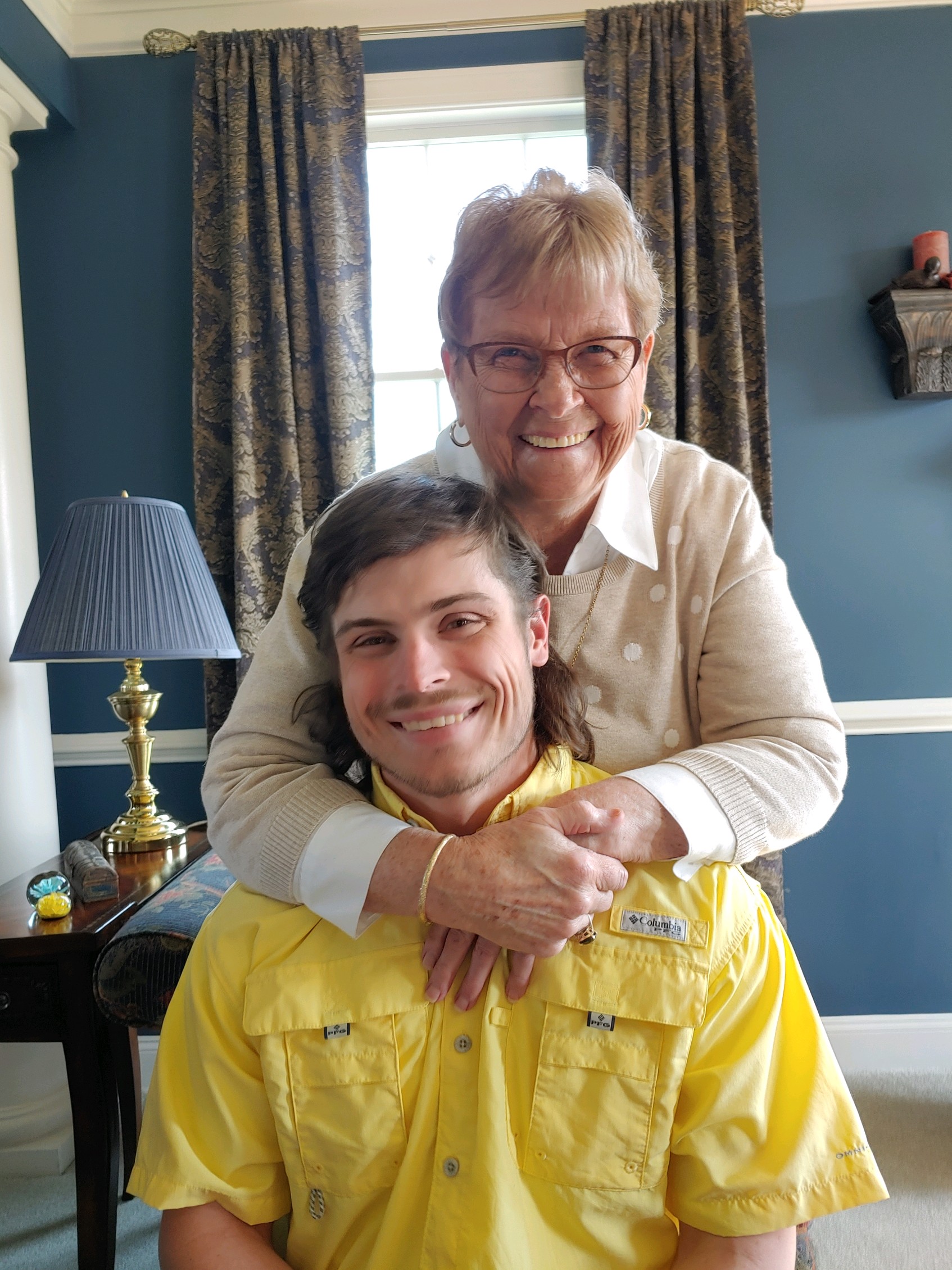